Coachella 2012 Marked by a Lineup of Eclectic Acts 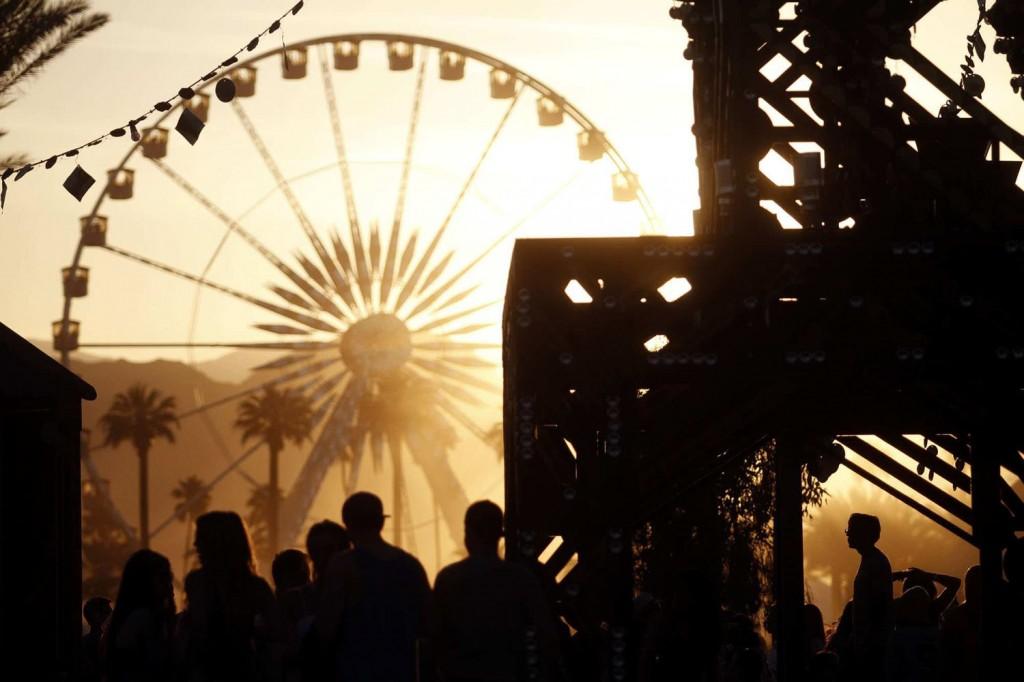 Despite the popular belief that the annual Coachella Valley Music and Arts Festival serves as a mecca for young Californians, Fordham University represented itself well throughout both weekends of the festival. At least five FCLC sophomores enjoyed the first weekend, while I was fortunate enough to make the trip out for the second weekend. I grew extremely excited as I began to hear about the events of the first weekend from friends who went, although I couldn’t help but feel a bit apprehensive, and the thought of missing classes only weeks before finals, with so much to do, constantly badgered my conscience.

Upon arriving, it was immediately apparent how trivial my worries were compared to the utter brilliance of Coachella. The first thing that struck me was the fantastical and often surreal landscape of the event. Nestled in a sort of oasis within the desert of Indio, Cali., the site of Coachella is peppered with soaring palm trees, bizarre sculptures and structures, colossal amphitheatres and a giant Ferris wheel peering above the grounds. The whole spectacle becomes even more amazing at nightfall, during which the festival transforms into a luminescent dreamscape. Every palm tree is illuminated by changing neon lights while various structures boast fire or take on the form of giant lava lamps through electronic illustrations—all of which are accompanied by the omnipresent and glowing Ferris wheel.

But let’s get to the real reason why people go to Coachella—the music. While I had heard how incredible the 2012 line-up was, it didn’t hit me until I was actually standing in the front the of the tents, looking at all of the set times, and desperately wondering how I was going to be able to see everyone you want. The festival boasted big names like Swedish House Mafia, Florence + The Machine, Snoop Dogg, The Black Keys, David Guetta and many more. I planned to see all of them, even if that meant only witnessing 10 minutes of a performance.

On day one, like most of the weekend, I spent a good amount of time at the Sahara tent, which featured electronic house music spun by some of the most well-known DJs in the world. Afrojack and Alesso were unsurprisingly great; Both succeeding in pumping up the audience and kicking off the weekend with their hard-hitting drum machines, original remixes, synthesized arrangements and mesmerizing lights.

One DJ that stood out was SebastiAn, who incorporated political symbols into his light show, which often included the phrase “Vote SebastiAn” in front of the French flag. Deciding to take a break from the DJs, my friends and I made sure to catch The Black Keys, who dazzled the audience with a lively performance of “Dead and Gone.” Directly after The Black Keys, Swedish House Mafia closed the night at the main amphitheatre, where the arena was flooded with seemingly thousands of people who danced and jumped to the group’s electronic beats.

One of my favorite acts was Kaskade, who, despite closing out the night, spun an outstanding sequence that made everyone believe the party was just getting started.

On the other hand, Guetta proved to be a disappointment. Everyone seems to know and love him, as he is easily the most commercial and popular DJ out there, however, he lacked the originality that other DJs exhibited throughout the weekend. I found some of his sequences, along with his light show, which mostly just displayed “DAVID GUETTA” rolling across the screens, to be even boring at times.

As opposed to Guetta, Bon Iver was definitely an act I’m glad I didn’t miss, as they gave a truly captivating performance that exuded a beautiful essence of melancholy that resonated perfectly to those of us who sat throughout the grounds amongst the glowing palm trees and neon lights.

As the final day of Coachella came around, the festival stages were dominated by showstoppers. Avicci wowed hundreds with his electrifying light show, while over at the outdoor theatre an equal number were haunted by the majestic voice of Florence Welch of Florence + The Machine.

And of course, this would not be a proper review of the festival without including the final closing act of Dr. Dre and Snoop Dogg, which included surprise performances from Wiz Khalifa, 50 Cent, Eminem, and even a computer-generated hologram of Tupac. Despite having already heard of such surprises from the news of Coachella’s first weekend, it was still a mind-blowing act that had everyone jumping and yelling with excitement. It was definitely the perfect end to a perfect weekend—one that I recommend everyone try to make next year, no matter where you live or how much work you have to do. Just get there.