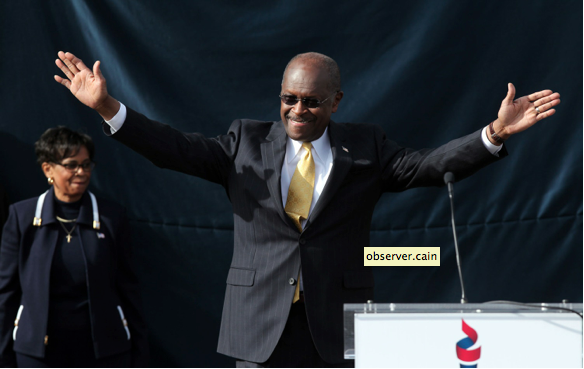 Former Republican Presidential candidate Herman Cain spoke to more than a hundred Fordham Law students at McNally Amphitheater on Tuesday as part of his nationwide ‘Solutions Revolution’ tour which was sponsored by the Law School’s chapter of The Federalist Society and Fordham Law Republicans. Cain spoke of his ‘9-9-9’ tax plan and emphasized the importance “to lead a nation where our children and grandchildren can reach their American dream” as he  said he did when he rose through the corporate ladders of Burger King to becoming CEO of the Godfather Pizzeria chain and finally a candidate for President of the United States.

Cain responded to questioning pertaining to why he was still involved with politics despite his dropping out of the presidential race due to sexual harassment allegations in December. He said he is “still on a mission to help change the direction of this country,” reiterating the he “did not want to see this country go into total financial collapse.”

The Observer had the opportunity to interview Cain before he spoke at McNally Amphitheater.

Cain will hold his own rally this Sunday, April 15, in an attempt to persuade members of Congress to adopt his “9-9-9” tax plan called “Cain’s Revolution on the Hill Rally and Patriot Summit.” Cain plans to gather an “army of Davids” to fight back against “Goliath,” or the threat of big government.