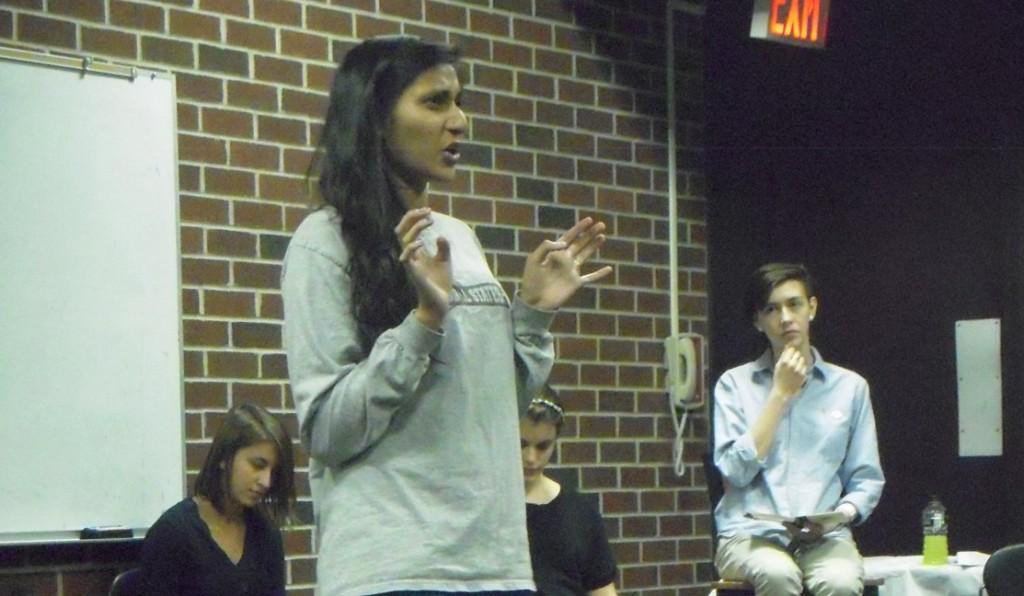 The “Vagina Monologues” at Fordham College at Lincoln (FCLC), directed by Ashley Almon, FCLC ’14, was performed in the 12th floor lounge of the Leon Lowenstein building on March 24 and the South Lounge on March 25. Although the play by Eve Ensler has been banned by Student Affairs since 2003, this was the first year that Counseling and Psychological Services, a department under Student Affairs, was allowed to take part in the debrief session held after the show in the South Lounge.

According to Rebecca Gehman, FCLC ’12 and president of Isis, Fordham’s feminist club, the club was unable to label the “Vagina Monologues” as an Isis event because of its ban from Student Affairs. Even though this event was sponsored by Women’s Studies and African American Studies, Gehman said that whenever “Vagina Monologues” was performed, flyers excluded Isis from the brand.

Student Affairs oversees several departments including Counseling Services, Residential Life and the Office of Student Leadership and Community Development (OSLCD); therefore staff members from those offices were not permitted to attend the play. Counseling Services had to move to a separate space in the South Lounge after the play was over for further discussion.

Gehman said that the reason Student Affairs does not approve of the “Vagina Monologues” is due to a situation in one monologue whose message they do not want to promote.

“There is a young female that has consensual sex with an older female, but because of the age difference, it is legally rape,” Gehman said. “Even though this is a play, it’s from a real women’s story and it is an artistic expression.”

Keith Eldredge, dean of students, said, “The ‘Vagina Monologues’ is not supported by the administrative units of the university, including the departments in the division of Student Affairs.” However, students affiliated with the production, along with United Student Government representatives, requested something new this year. “They asked for a separate program, to be held after the performance, at which staff from Counseling and Psychological Services would facilitate a conversation about sexual violence and the related issues raised by the performance,” he said.

Eldredge said that Isis was able to offer the new debrief program after working out the logistics with Jeffrey Ng, director of Counseling and Psychological Services, and Eldredge himself. “As administrators, we are very concerned about sexual violence and pleased that we were able to collaborate on this initiative,” Eldredge said.

The debriefing sessions after the “Vagina Monologues” were created as safe space for anyone who wanted to talk about their reaction to the play, Arielle Lhotan, FCLC ’12 and vice president of Isis, said.

“What’s amazing about the debriefings is that everyone is incredibly supportive and you can feel the genuine love between students for one another. We need safe spaces for students and support for one another to really build community,” Lhotan said.

In addition, Gehman said the “Vagina Monologues” raised $2,000 from the tickets sold in two nights, including promotions and donations. 90 percent of the profits went to Hope’s Door, a local women’s shelter that provides legal services for women. The other 10 percent went to VDAY Global Safe Houses to build safe houses that help girls and help protect women from risk of violence. Tickets were sold to students for $8 and $10 for non-students.

Although this was the first time the “Vagina Monologues” performed in the 12th floor lounge, the cast was unable to practice in the space. Gehman said there was a technical issue with how the space works. “The 12th Floor Lounge is run by the Vice President’s office and you’re only allowed to have events there if you have a certain amount of audience. So even if no one is using the room, if you don’t have a certain amount of audience members and a faculty member present, then you’re not allowed to use that room,” she said.

Gehman said that searching for space was the most frustrating part. Since this event is not sponsored by Student Affairs, the group cannot directly use OrgSync to reserve a room and instead must go through a “complicated communication train” with the Women’s Studies secretary who helps them call Conference Services to find a room. “It’s not necessarily anyone’s fault, but without the support of Student Affairs or someone full-time backing us up, it makes the process so difficult,” she said.

For students who attended the debrief after the show, some described it as helpful and emotional.

Alyssa DiScipio, FCLC ’14, said, “Considering the kind of emotions that the “Vagina Monologues” could bring out, I think having a debrief afterwards was a great way to talk about the message of the show and let everyone’s voice be heard.” DiScipio also said that considering the lack of institutional support of the play, “I think it was very positive to have Counseling Services there because it lets people know that there is support within our community.”

Tiia Fischer, FCLC ’14, said, “Shows like the “Vagina Monologues” are so great because they make people aware of these issues and force us to talk about them.” Fischer said that it was a positive experience having Counseling Services there because they facilitated the discussion and served as a “support system for those who may have needed it.”

Gehman said that she has been very appreciative of Eldredge and Dorothy Wenzel, director of OSLCD. “It’s not their obligation to sit down with me and give me tips on how to make this whole process easier and it is not their say whether the play goes on or not…but, [Eldredge and Wenzel] have been as helpful as they can be in their position.”